Our Founder, Constant Van Crombrugghe, became Principal of the Collège d'Alost (Belgium) as a young priest. Although this was a school for the middle classes, Van Crombrugghe was aware of the lack of educational opportunities for the poor children of his home town, Geraardsbergen. He gathered a small group of men together to address the problem, and in April 1817 constituted this group as the Brothers of St Joseph, who would later develop into the Josephites. As the years progressed he made other foundations and at one stage over 3000 poor children and adults were receiving basic education from the Brothers. With the establishment of Belgium in 1830 Van Crombrugghe perceived the need for an educated middle class in the new country, and gradually the Brothers moved into middle class education and, at the end of the century, became a clerical congregation.

The Congregation branched out from Belgium into other countries; England (1869), Brazil (1925), the Belgian Congo (1929), and California (1962). In recent years the ever-increasing number of Congolese Josephites has allowed the African Province to found houses in Gabon and Cameroon. 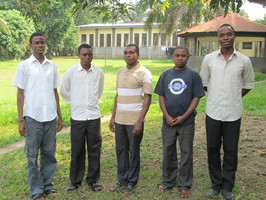